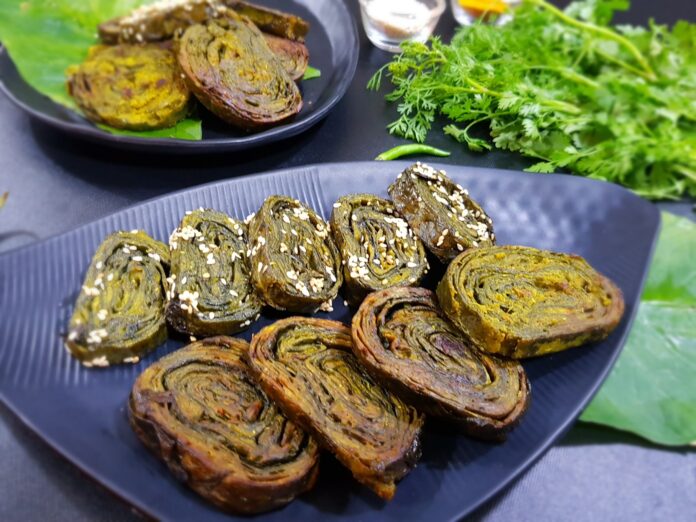 Alu wadi or Paatra is a  popular snack from Maharashtrian and Gujarati cuisine. It is known as Alu wadi in Marathi and Patra in Gujarati. Alu wadi is  prepared with colocasia leaves and gram flour. Colocasia leaves are stuffed with spicy, tangy, sweetish gram flour paste. They are then rolled, steamed and  fried or tempered with little oil and sesame seeds. I have explained both the methods here and have also demonstrated the methods in the video. Here goes the recipe. 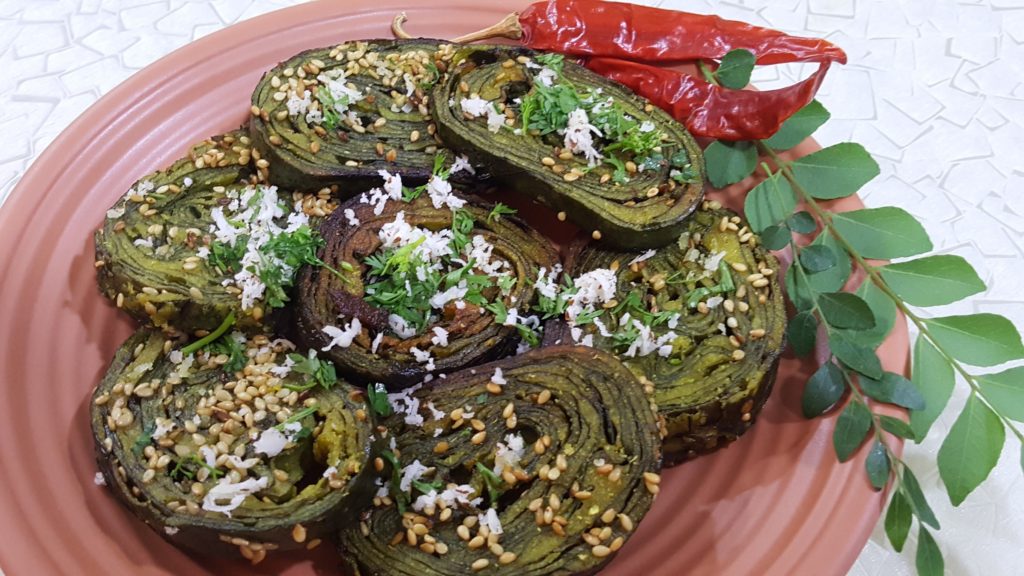 Note: The quantity of green chillies and jaggery in this recipe can be increased as per your taste. 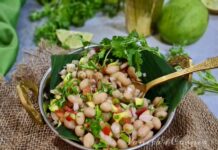 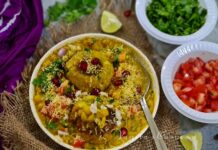 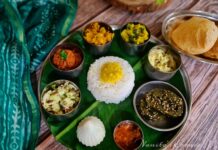