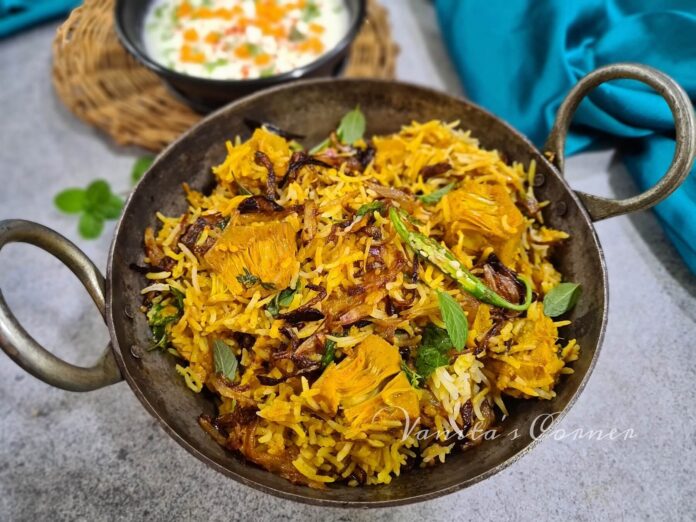 Biryani is loved by almost everyone. A complete meal in itself, there are variety of biryanis one can make – vegetarian as well as non-vegetarian. Kathal biryani is a vegetarian biryani made with raw jackfruit. The meat like texture of jackfruit acts as an alternative to mutton or chicken. Jackfruit absorbs all the flavours of the masalas very well and makes this biryani very delicious.

Jackfruit is high in fiber and low in calories, fat and carbohydrates and hence makes for a good alternative to animal meat. I have followed Chef Ajay Chopra’s recipe to make this biryani and believe me, this is one of the best biryani recipes. It  turns out super delicious, each time I make it and has become a family favourite.  Here is the recipe for Kathal Biryani:

For the Biryani rice

For layering the biryani

For making dough for cooking biryani on dum 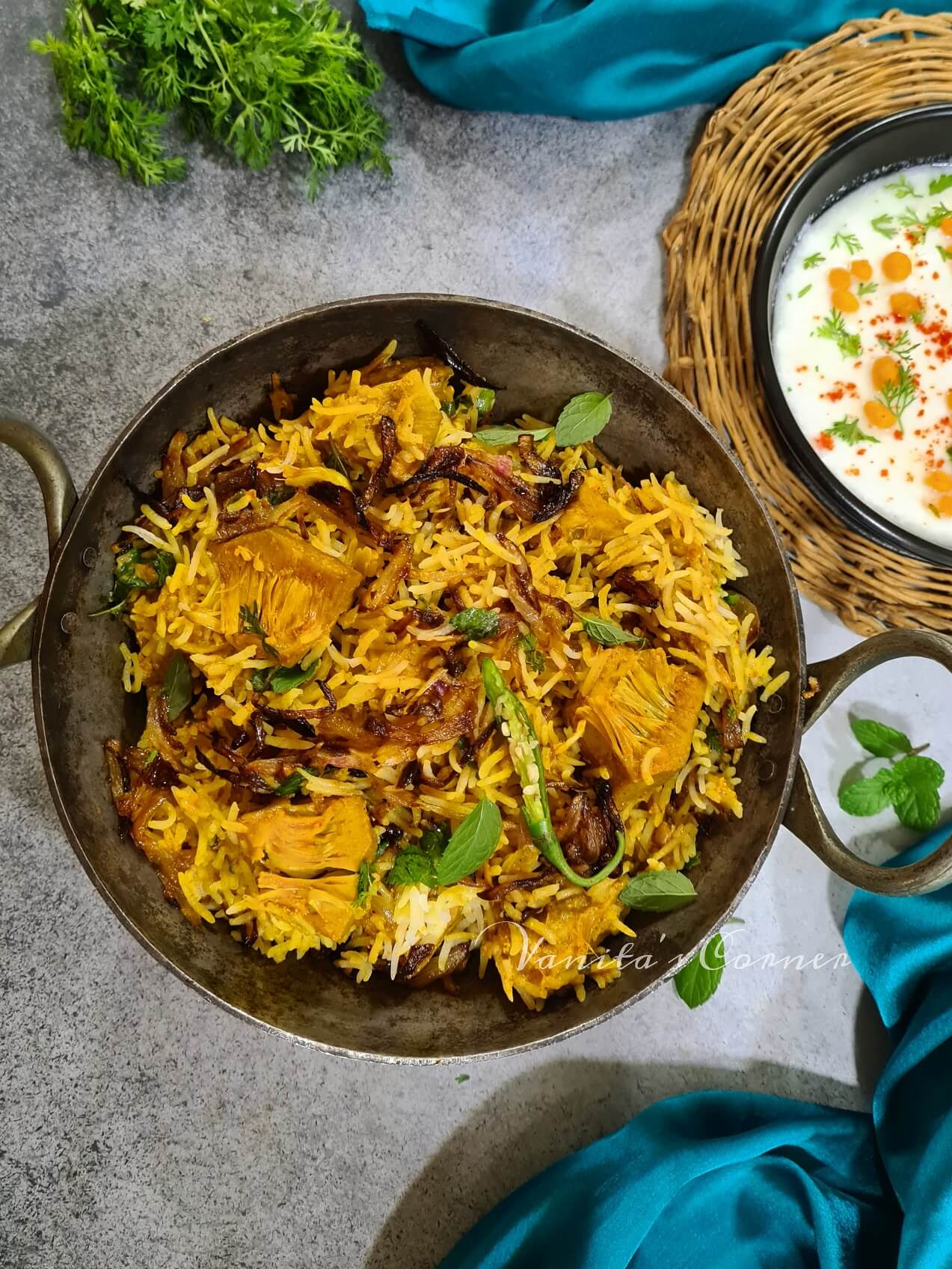 Making of dough for cooking biryani on dum 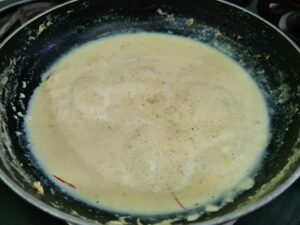 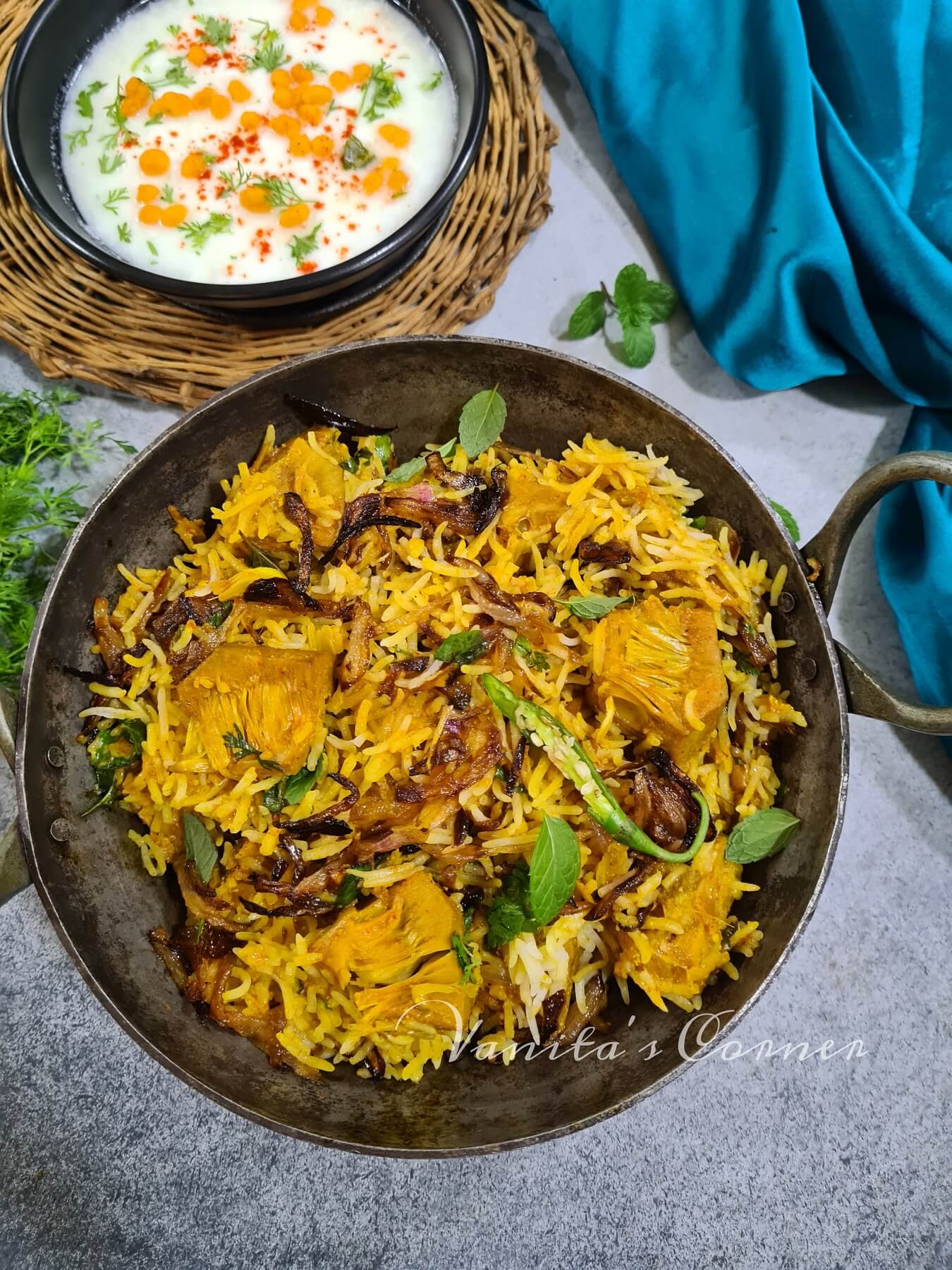 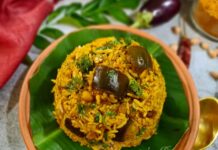 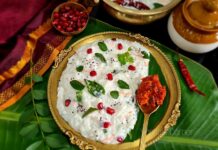