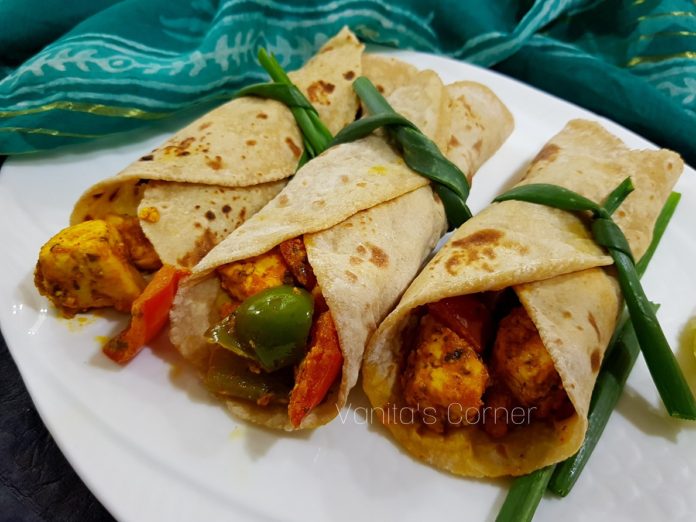 As per Wikipedia, a kathi roll is a street food dish originating from Kolkata, India. It is a skewer roasted kebab wrapped in a  paratha, although over the years, many variants have evolved all of which go under the generic name of kathi roll. Wholewheat Paneer Kathi roll is a great recipe which can be also be prepared with leftover chapatis. It makes a good after school snack for kids. 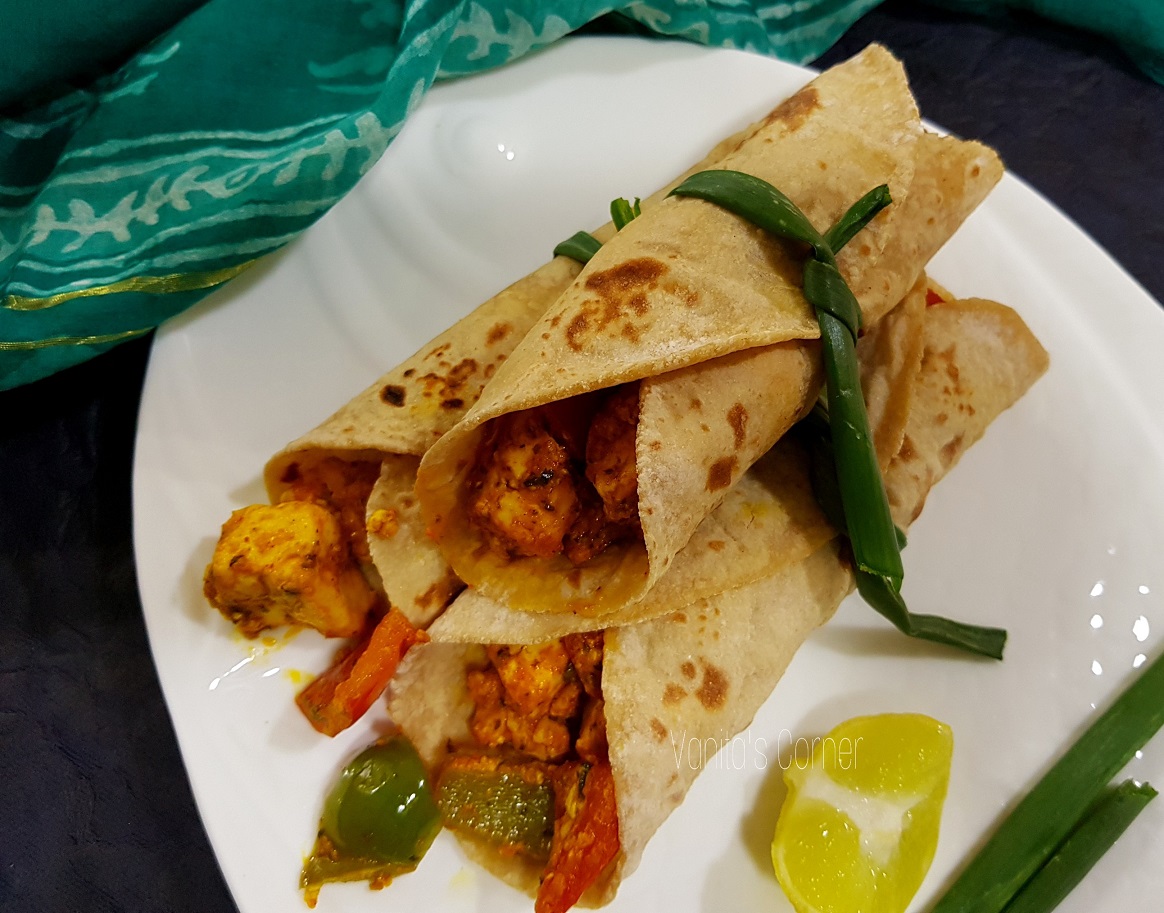 For the paneer stuffing

For the Outer roll

Love rolls and frankies? Do have a look at the Chicken frankie recipe. 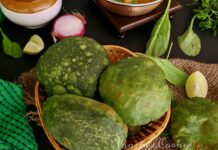 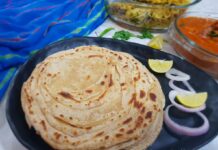 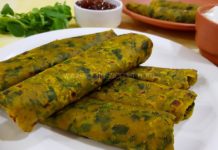