Begun Bhaja, in Bengali means fried brinjal/ eggplant.  This is the most commonly prepared dish at Bengali households. Eggplant is cut into thin slices, coated with masalas and fried.  Traditionally, begun bhaja is deep fried in mustard oil. However I have shallow fried the brinjals using minimum oil.  Begun bhaja makes for a good accompaniment with hot dal chawal. Here’s the recipe : 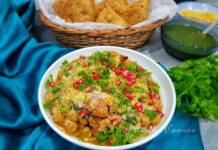 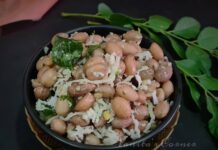 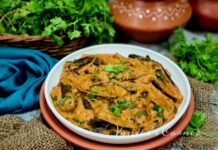