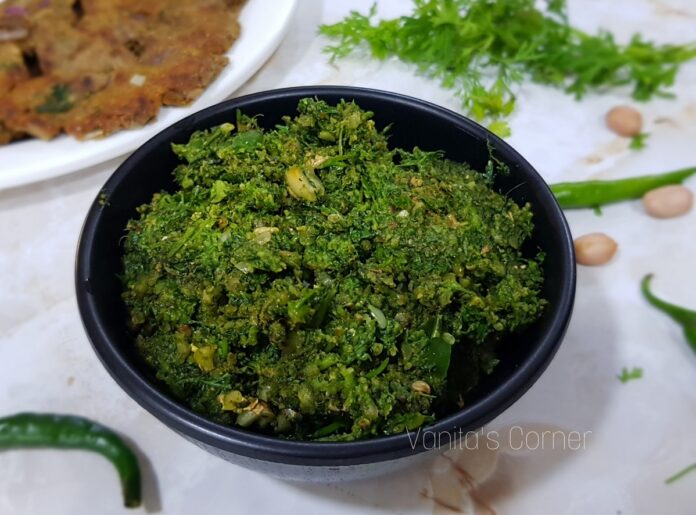 Mirchi Thecha is purely a Maharashtrian style accompaniment for bhakris, bajra rotis and thalipeeth. It is a fiery, spicy dish and is definitely not meant for the faint hearted. It can also  be made only with chillies, garlic and salt. However, I am sharing a milder version of the fiery thecha by adding peanuts to it. Peanuts help to mellow down the pungency of the thecha and also adds a nutty flavour to it. Mirchi thecha is generally served in small quantity because of its fiery nature.