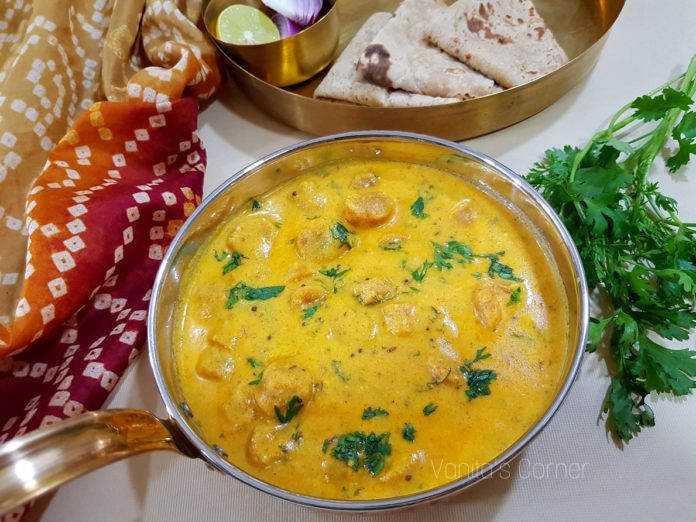 Gatte ki Kadhi is a delectable dish from Rajasthani cuisine. Rajasthan being a desert region, its cuisine is largely  influenced by  factors like the harsh climate, scarce rainfall, non availability of fresh greens etc. Gram flour (besan) is extensilvely used to cook up delicacies there. 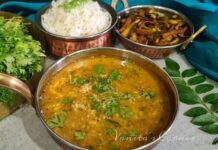 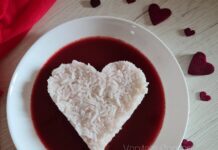 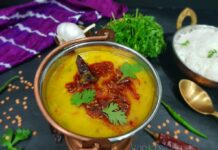